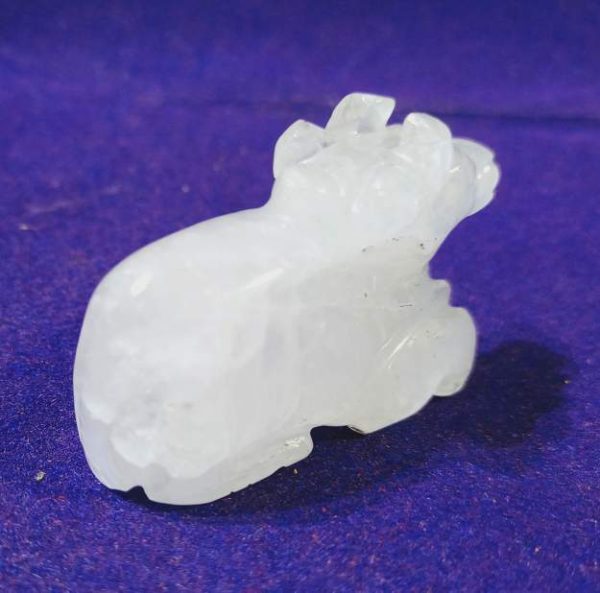 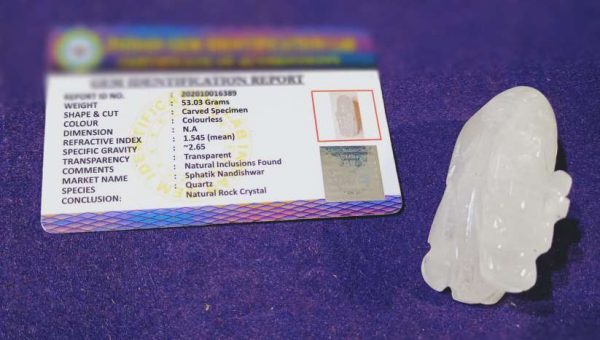 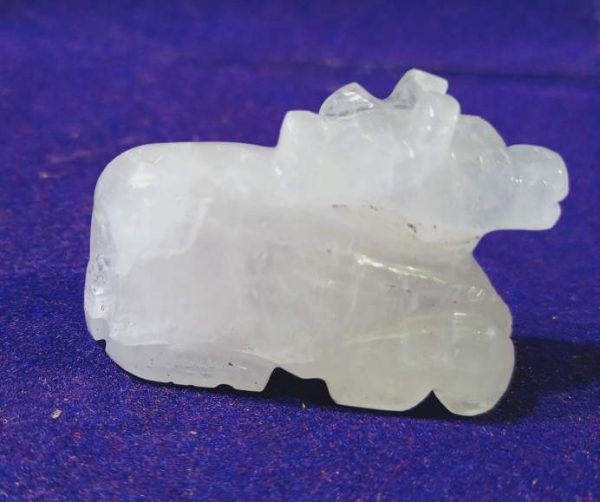 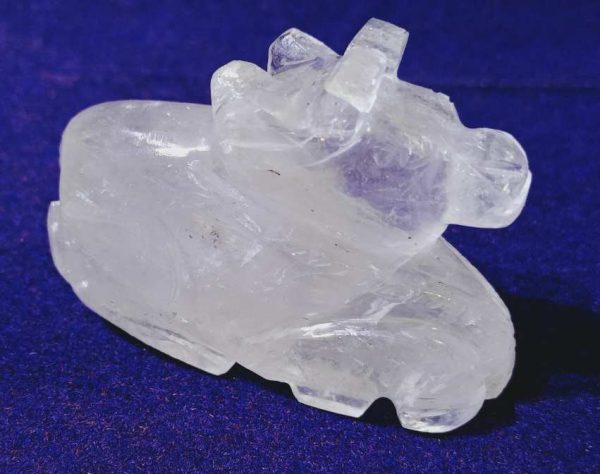 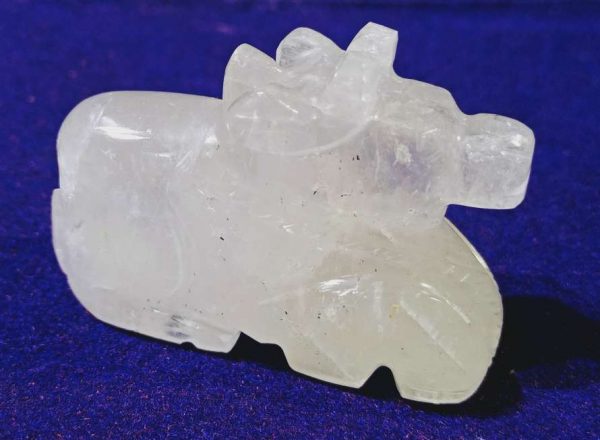 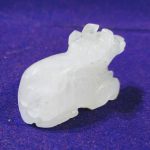 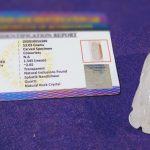 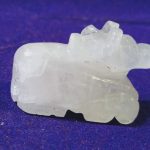 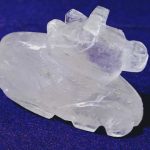 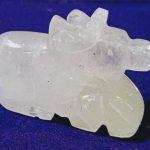 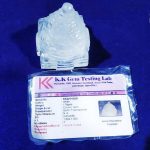 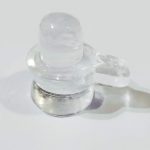 Blesses with prosperity to the house or office.

No shortage of food, money or clothes.

Brings peace to the premises.

A statue of Nandi can often be seen watching over an alter to Shiva or at the entrance of a Saivite shrine. So most devotees pray first to her first born Vinayaga, that there should not be any obstacles while praying to Lord Shiva in his Koil (abode).

Nandi represents strength, faith, and constancy in belief. Nandi often sits directly outside a shrine to Shiva, facing the deity. Often an image of Nandi, the sacred bull on which Shiva rides, faces the lingam.

In Sanskrit, the common bull is “vrisha”, meaning : righteousness or Dharma. So it is important to seek the blessings of Nandi also before one proceeds to worship Lord Shiva. Worshiping a sphatik shivling is considered to have same effect as worshiping the “Jyotirlings”. It bring prosperity, happiness and contentment to the house where it is worshipped.

Indian Sphatik Nandi are made for the benefit of people of the world for peace and wealth. Sphatik balances & harmonise the aura around us and remove the negative energy. Sphatik Idol has spiritual power said in our Vedas. Sphatik is pure which reflect negative energies into positive. Sphatik Idol protects you from outside negative vibrations