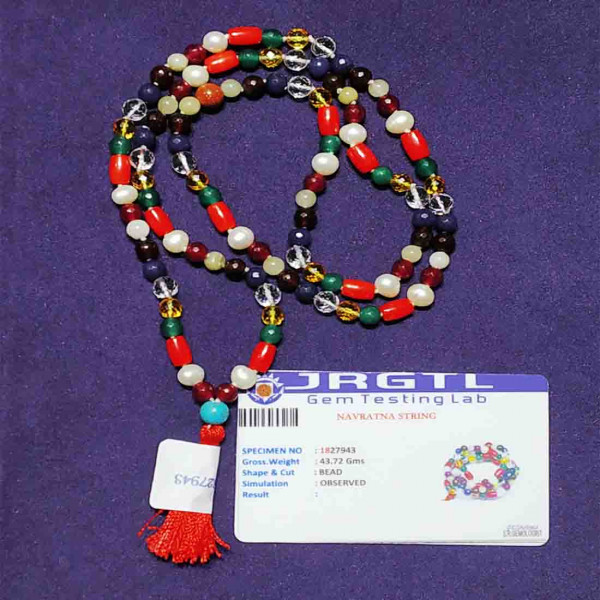 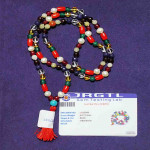 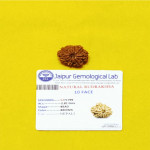 Navaratana Nav Graha Mala  refers to the nine gemstones related to the nine planets used in vedic astrology. the word nava means nine and ratna means gem in the sanskrit language. Navaratnas are considered auspicious and believed to bring good health to whoever wears it. it symbolizes health, prosperity, happiness and peace of mind. also, it wards off negative energies and effects from planets, while strengthens the positive influences of the gems. Navratna mala consisting nine stones which are the substitute of stones, planets which are semi precious stones. Mala is very good for good luck, mental peace and control ill effects of nine planets.They are also a safeguard against misfortune, help ward off danger, and remove obstacles in life.Ruby (Manikkam or Manek): Sun, Pearl (Moti): Moon, Red coral (Moonga): Mars, Emerald (Marakatam or Panna): Mercury,Yellow sapphire (Pukharaj): Jupiter,Diamond (Heera or Vairam): Venus, Blue sapphire (Neelam): Saturn, Hessonite (Gomedh): Rahu, the ascending lunar node, Cat’s eye (Vaiduryam): Ketu, the descending lunar node. It is a also known fact that while the planets’ positions keep on changing, so does the dasa and mahadasas of the planets. According to astrology, any harmful or negative energies of the planets can be balanced by the positive and beneficial effects of the planets when wearing Navaratan Mala. Navaratna Mala can be worn by anyone and doesn’t have any negative effects. It suits everyone, regardless of their zodiac sign, and can be worn even without the recommendation from an astrologer.The jewelry can be made with precious gems or semi-precious stones. According to Sri Garuda Purana, when buying navaratnas or any gem really, one has to ensure that the stones being used in the ornament are flawless .Navratna Mala can be worn by any age group even if you have no date of birth and no horoscope available. Navratna mala brings fame, longevity, wealth, good luck, happiness, and fortune. It eliminates miseries and bad luck from your life. It is considered as an excellent talisman against dangers and people who are in the dangerous profession can keep it in the pouch or can wear it around the neck.